Bike paths have become more popular among people. It is an easy and healthy way to spend your vacation. Most of the countries in Europe are proud of their paths. And you do not have to get in a plane to get there which makes it ecologically friendlier. Also it is less stressful like playing TonyBet.

If you fancy a cycling vacation in Germany, you have plenty of options. From north to south, along the coast, along rivers or around lakes: we show you the most spectacular bike paths in Germany.

Germany is a cycling nation: across the entire country there are bike paths that lead through the most beautiful landscapes, whether along the coast, through river landscapes or in the foothills of the Alps. If you fancy a vacation on two wheels, you will find excellent and well-maintained routes throughout the country. Here is an overview of Germany’s most spectacular bike paths.

WHICH PATHS TO TAKE

The Weser Cycle Path is one of the most beautiful river bike paths in Germany. The beautiful route from the Weserbergland to the North Sea made it to first place in the ADFC Cycling Travel Analysis 2022. There are no major climbs, but instead a picturesque route through six regions over a total of eight stages.

The route is enormously varied: first it goes through the low mountain landscape in the Weserbergland, until the transition to the landscape of the Middle Weser follows: The cycle path now leads through wide landscapes to Bremen and then into the Wesermarsch region to Nordenham. Here it goes on the Weser ferry to Bremerhaven and then through the Cuxland region to Cuxhaven.

Route: from the Weserbergland to the North Sea

The Main River determines the route of the approximately 600-kilometer-long MainRadweg, which follows the winding course of the river from its source to its mouth in Bavaria and Hesse. It starts at the sources of the White and Red Main rivers near Kulmbach in Upper Franconia and ends in Mainz, where the river flows into the Rhine. In 2008, the Allgemeine Deutsche Fahrrad-Club (ADFC) awarded the trail five stars, making it the first German long-distance bike trail to do so.

Along the way, you are accompanied by the water and the beautiful nature in the regions of Fichtelgebirge, Tauber Valley, Franconian Switzerland and Franconian Wine Country. Along the way are numerous exciting cities: the World Heritage Site old town of Bamberg as well as Wertheim, Miltenberg, Würzburg or Aschaffenburg. The MainRadweg runs without major climbs, only along the source rivers, the Red and White Main, the ride is a little more strenuous.

Route: from Kulmbach to Mainz

So now it is up to you to plan your next summer vacation and be sport active. You can relax, enjoy a nice view and do something for your health. It is just magical. 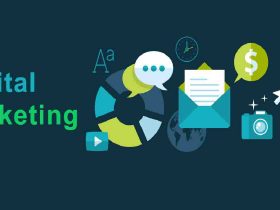 What Are The Most Used Tools in Digital Marketing? 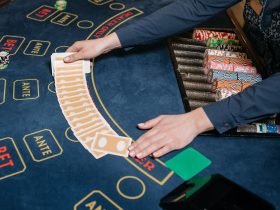